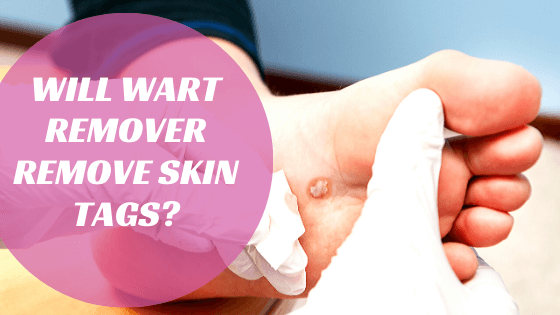 What Typically Is Wart Remover?

The best wart removal kits contain Salicylic Acid and work by freezing the wart. Doctors also freeze skin tags to remove them. Salicylic Acid is an ingredient that you will find in most skin tag remover solutions. There is very little scientific research on the use of this acid to remove skin tags. However, that’s not to say it doesn’t work. In theory, wart remover is used the same way on warts that one would get rid of a skin tag. There is no reason why it shouldn’t work. It is safe to try and costs less than visiting a doctor to have the skin tag removed.

Skin tag freeze kits and wart remover freeze kits can be purchased in almost any pharmacy over the counter. They generally retail for less than $50.

Skin tags are most effectively removed by freezing. The chemical used to freeze skin tags is liquid nitrogen, which freezes the entire skin tag down to the root. This procedure removes the whole skin tag so that it cannot grow back once. Liquid nitrogen is not used in home kits because there are laws regulating the use and purchase of liquid nitrogen. These home skin tag removal kits typically contain similar ingredients that are less potent than liquid nitrogen. These chemicals still do the job but ensure that there is no severe damage to the skin.

The only damage that is typically caused by using wart remover to remove skin tags is a small scar that replaces the skin tag. The scar tends to fade over time. There may also be a small amount of discomfort in the area from the freezing of the skin tag. This pain should pass in less than an hour. Risk of infection is doubtful because there are no cuts to the skin. There will not be an open wound for an infection to enter. There is also no risk of excessive bleeding because nothing interacts with the blood supply with this method of tag removal.

The Price Of Home Freezing Kits

The price of buying a home freezing kit is relatively reasonable considering the cost of going to the doctor to remove the skin tag. It costs around $20 for a home freezing kit, which contains multiple treatments. These kits are readily available at most drug stores, pharmacies, and even grocery stores. Freezing skin tags off is not the fastest method, but it is the most affordable option that is reliable and able to be done at home. The quickest way would be to cut the skin tag off yourself, but as we discussed elsewhere, that is not safe. It can result in severe damage to the skin tissue as well as cause an infection.

Some wart, mole and skin tag removers are even safe to use on sensitive areas such as the eyelids. Freezing does not come in contact with the skin around the skin tag, only the tag itself. Most kits have up to 8 treatments. This means that you can remove up to 8 skin tags or warts with one freezing kit. That is around $2.50 per skin tag or wart, whereas having the skin tag removed by a doctor tends to run at about $150 per skin tag. It is an elective cosmetic procedure that insurance does not typically cover because it is not dangerous to your health to have a skin tag.