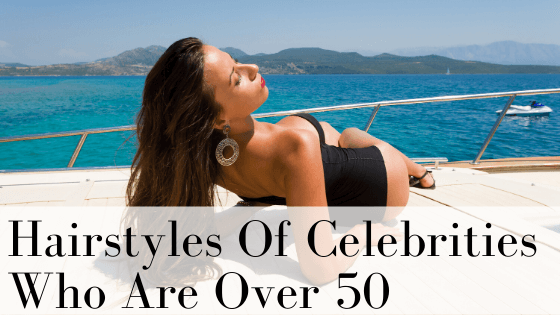 Can you believe that Courteney Cox and Jennifer Aniston are now celebrities that are over 50?!

In our mind they are still trendsetters, but yet they are way above the age of what many magazines would usually consider as young.

As we get older, everything about us changes. What that means is that we need to start also arranging our hair so that it suits the rest of us.

So, here is inspiration from celebrities who are over 50 that still look absolutely stunning (why wouldn’t they?!) when we take a look at their hair.

It’s pretty difficult to find a photo of Jennifer Aniston where she is definitely over 50, but here are two that she has recently posted to her Instagram page:

Jennifer Aniston was born on February 11th 1969 so is pretty new to the over-50s club. However, she is known to always have ridiculously perfect hair.

Once again, not so easy to find photos of Courteney when she is definitely over 50, but we did pretty well. 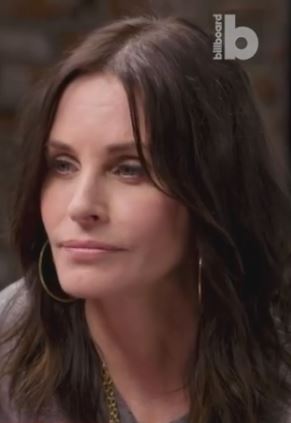 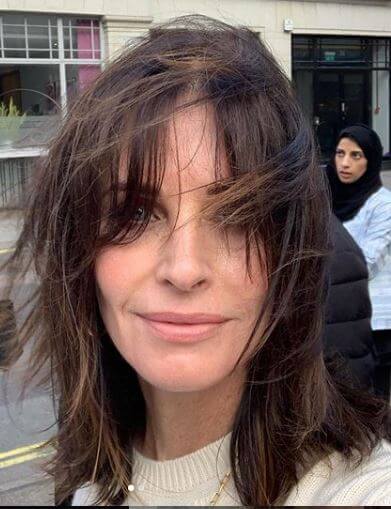 When researching for this article, it soon became clear that Liz doesn’t actually ever age and looks the same in all her photos!

Liz Hurley doesn’t seem to have aged at all since she wore “the dress”, yet she weighs in at 54 years old in this photo being born June 10th 1965. 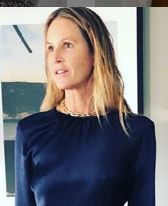 One of the first ‘super models’, Cindy Crawford still has her beauty mark that made her famous. She was born February 20th 1966 so is still in her early 50s, but qualifies for this list. 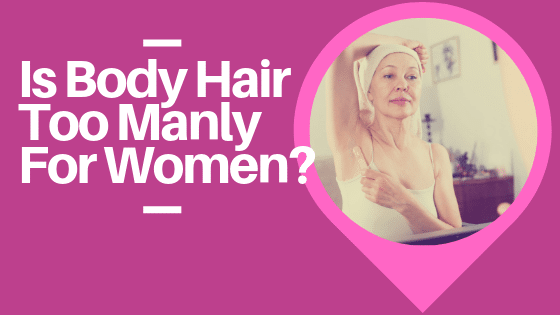 Having body hair is completely natural – for both men and women. It’s a part of being human. Just like having eyebrows or eyelashes. But at some point during the course of history, in some cultures, people have decided that having body hair is somehow inappropriate, especially for women.

In Ancient Greece, for example, having pubic hair was considered ‘uncivilized’. During the Roman Empire, not having body hair was considered a sign of class. In the Middle Ages, Queen Elizabeth I decided to remove her eyebrows and to pull back her hairline, thus setting a new beauty trend. As men have always been generally hairier than women, simply because they produce more testosterone, having body hair and facial hair became associated with masculinity.

However, as women’s clothes were much less revealing before the 20th century, removing body hair wasn’t socially required. In order to be socially acceptable, they only removed unwanted hair from the face and neck, which were the only body parts not covered by clothes. After World War I, fashion trends started changing. Sleeve and skirt lengths shortened and the more body parts became exposed, the more areas became targeted for hair removal. Women started removing leg hair, armpit hair, pubic hair, sometimes even arm hair. Not only was it considered more beautiful and feminine, but also more hygienic.

In the 20th century, women also started to gain more rights and freedom. They gained more equality and social visibility. In the 1960s and 70s, some women decided to reclaim control over their bodies by not shaving. Displaying body hair became a method of protest, a political and social statement, a popular feminist issue. While some women didn’t mind abiding by social rules, others got fed up of society dictating how to behave and what to do with their own bodies.

We also know, that biologically speaking, it is healthier to have body hair, as hair maintain skin health, provide sun protection, help regulate body temperature, and protect different body parts from infections. But the stigma remains. Female hairiness is still far from mainstream.

According to a survey, it is still described in negative terms, such as ‘unhygienic’ and ‘masculine’, while hairlessness is considered ‘clean’ and ‘feminine’. Women, who don’t shave are often ridiculed and body-shamed by partners, relatives, friends, and even strangers. This indicates that body hair removal is not a matter of personal choice, but rather a social norm.

Beautiful women, who flaunt their body hair and don’t care

In recent years, celebrities and other prominent female figures have tried to break the stigma. They have displayed and normalized their body hair publicly – on red carpet events and on social media. They have promoted the many benefits of not shaving to millions of followers and fans, including the health benefits and the fact that one of body hair’s functions is to release pheromones and to attract a potential partner. Famous women, who are considered beautiful and feminine are starting to challenge convention and beauty standards.

Throughout history, women have endured humiliation, pain, and financial hardship just to conform to the widespread and firmly rooted social norm and strong, modern women are sick of it. Even though they still receive some degree of disapproval or even hate over flaunting their body hair, more and more women are deciding to ditch the razors and to save money, time, and pain.

The 21-year-old American actress and singer Bella Thorne often points out how sad it is that women are all too often ashamed of their body hair and that having body hair is natural and beautiful. She is a strong advocate for body hair – she even wrote an essay in defense of her hairy body parts. She stated that she is comfortable with her body hair and that all women should be.

Miley Cyrus flaunts her unshaven armpits on public events, concerts, and on social media. She has even dyed her armpit hair on several occasions and she has proven that having body hair can be fun, cool, and sexy. Madonna is considered a pioneer of body acceptance and as such, she loves to show off her body hair.

Rihanna posted a photo of herself and her unshaven legs on Instagram and Dakota Johnson has recently displayed her hairy pits on the premiere for her 2018 film ‘Suspiria,’ showing us that class and body hair aren’t mutually exclusive. The former Bachelor contestant, Bekah Martinez, has posted a photo of herself showing her unshaven legs and armpits on Instagram. She admitted that she had been insecure about her body hair since she was a young girl, but that she has decided to overcome her insecurities. She stressed the importance of believing that we are beautiful and feminine regardless of where we have hair.

It is neither manly nor feminine to have body hair. It is simply natural and normal for all human beings. So why would we judge and criticize women for having body hair? Do we judge them for having eyelashes?

The practice of removing body hair is merely a trend, a cultural construct. As women are an equal part of the society that sets trends and decides on what is considered appropriate, acceptable, and beautiful, we can simply shift the old trend and break the taboo. After all, whether a woman shaves or not isn’t anyone’s business. It is our personal choice and the only opinion that really matters is our own.

So, girl, if you want to shave your legs or armpits or any other part of your body, then do it. If you feel better when you don’t shave, then don’t! You are beautiful either way!