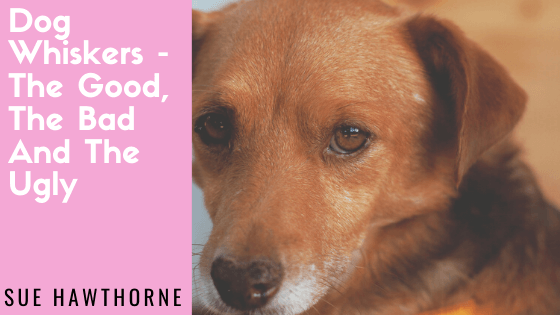 Do all dogs have whiskers?

Almost all dogs do have whiskers, although the length, color, and thickness will depend on several factors. It depends on their breed, age, and also the individual dog. Just like some humans have more hair than others, it is the same with dogs.

It is unlikely that dogs are even aware that they have more or fewer whiskers than other dogs as whatever they have feels natural to them.

Without whiskers, a dog would find it very difficult to be aware of his surroundings as his whiskers add an extra sense.

Dog’s whiskers are also known as vibrissae, which is another way of describing long, thick hair that usually grows on a mammal’s face.

Why do dogs have whiskers?

There are two main reasons why dogs have whiskers.

The main reason that dogs have whiskers is that the whiskers aid their sense of sight. At the root of the hairs, the follicles can sense stimuli, which then send sensory messages to the dog’s brain.

Dogs’ whiskers also help the dog to sense danger as they offer visual support to sense surroundings. The hairs are very efficient at picking up vibrations.

Just as humans have a sense of touch, dogs similarly use their whiskers.

The other reason that dogs have whiskers is to stop harmful germs enter their bodies. Just like humans have hairs in their nose, in the same way, the whiskers avoid bacteria entering.

Drinking is an efficient cleaning mechanism for dogs’ whiskers. Every time that they drink, the water cleans their whiskers of dirt and grime.

Can you cut a dog’s whiskers?

Removing a dog’s whiskers will not cause and immediate pain or discomfort. However, cutting them will strongly affect the ability that your dog has to be aware of his surroundings.  You should let them grow naturally and make sure that any groomer does not cut or trim them.

Frequently, a dog’s whole behavior will change when their whiskers are cut.

Often, dogs have their whiskers totally removed when they enter a show or gala as it is supposed to look better. Cutting whiskers is seen as cruel by many animal lovers.

If you are in a situation when whiskers must be cut for reasons other than cosmetic, you are advised to consult with a vet.

Do dog whiskers grow back?

Throughout a dog’s life, his whiskers will fall off and regrow. In the same way that human hair grows back, so will dog’s whiskers. However, just because whiskers do grow back, that doesn’t mean that you should cut them or take them off.

When they do grow back, they often grow back thicker and longer than before.

There are reports that a dog’s behavior will change if their whiskers are cut off as it affects their personality.

Dogs do need whiskers as they perform an essential function. They give the dog a sense of awareness that they won’t have without them.

You are advised not to get rid of a dog’s whiskers for cosmetic reasons unless the dog specifically asks for it!

After all, would you want your dog to cut off your hair or whiskers?!