How To Remove A Raised Mole 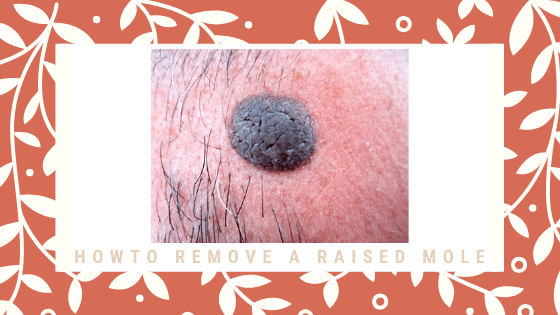 Moles are skin growths that appear at any part of the body. Further, they can occur either in groups or alone and are black or brown. Additionally, they can be raised or flat. Moles usually appear in early childhood or within the first 20 years of one’s life. A typical adult has between 10 -40 moles. However, Some moles appear late in life and have a higher risk of been cancerous. Many people choose to remove raised moles for aesthetics reasons while others remove them due to discomfort. Whatever the reason, knowing when and how to remove a raised mole is very important.

With time, moles experience some changes, with the color becoming lighter and the mole raised. Some may never change and others will disappear altogether. Fortunately, most moles are harmless.

It’s essential to monitor moles and other skin growths to aid in detecting skin cancer, most importantly, malignant melanoma. Let’s get more details on moles and their removal.

Moles come in varying sizes, colors, and symptoms, which help in classifying them. The following are the common types of moles. 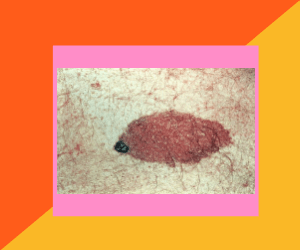 They are also referred to as birthmarks or common moles. Congenital moles vary in size, with some being very large. Typically, they are benign. The large types can increase one’s risk of developing melanoma. 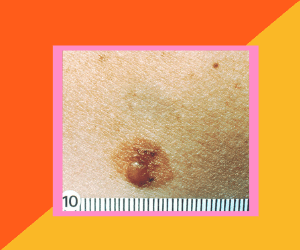 These are also called dysplastic nevi. They have an abnormal shape when viewed under the microscope. Atypical moles are usually benign, they are associated with a higher risk of melanoma. They can be found in any part of the body, and their shape varies to a large extent. 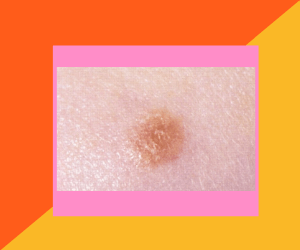 Spitz moles are similar to melanoma in appearance; only a dermatologist can distinguish the two. Mostly they appear in the first 20 years of one’s life. Interestingly, some adults do develop spitz nevus. They are usually dome-shaped, raised, and pink on color. You may also find some that are black, brown, or red. Occasionally, they may bleed or have oozing openings. Usually, the mole is raised.

Moles develop due to clustering or overgrowth of skin cells (melanocytes). Additionally, melanocytes are skin cells that are responsible for skin color. As a result, the moles may darken due to exposure to the sun, during pregnancy and teen years.

Ultraviolet light (UV) either natural or artificial, may cause genetic damage to DNA, resulting in melanoma and related skin cancers.

Some of the main reasons why you may develop moles in adulthood include:

How to Remove a Raised Mole

The ideal method to remove a mole raised which is non-cancerous depends on the size, type, and location. Mostly a physician will use any of the following methods to remove the mole.

This is a procedure in which a doctor uses a scalpel to shave the mole. The doctor may opt to apply local anesthesia on the spot to minimize the discomfort. Usually, a small pink mark is left on the skin after the shaving procedure. This is one of the best methods of removing raised moles. This procedure is vital in extracting biopsies for the diagnosis of squamous cell carcinoma or basal cell carcinoma.

This method is more invasive compared to a surgical shave. It’s mainly used for moles that extend beneath the upper layer of the skin. In this procedure, the doctor cuts the mole alongside the skin surrounding the area. A few stitches are needed to seal the cut and may result in a small scar that will fade over time. This method is useful in the diagnosis of aggressive forms of skin cancers such as melanomas.

This is the latest method used in the removal of moles. It’s ideal for thin benign moles. In this case, the doctors make no incisions. They use light to destroy the skin cells in the mole. This method is not preferred for moles in sensitive areas such as the face or ears. It’s the best alternative to surgery.

A trained physician can use salicylic acid to destroy the mole. Only a licensed doctor should use this method since it can result in burns, permanent scarring, or infections.

One of the best and safest methods to remove a raised mole at home is using mole removal pens the Tommy Timmy Smoother skin. This method utilizes laser technology to eradicate moles. The gadget emits a fast light pulse on the skin to destroy the mole cells.

It can be used for moles in most parts of the body, including legs, thighs, underarms, face, shoulder, neck, and back. This method is gentle on your skin and pain-free. It’s also clinically proven to be effective and safe by dermatologists. This device is also used to remove hair from the skin.

Why it’s Dangerous to Remove Moles at Home

It’s not advisable to remove moles at home using a scalpel, a razor blade, or a pair of scissors. This can create a permanent scar or lead to infections. At the same time, if you choose to remove the mole at home, you may not know if it’s cancerous, and this can be a significant risk.

Mole removal creams purchased from drug stores and online vendors should be used with caution to avoid permanent scars or other side effects.

As for DIY mole removal, some of these methods may be dangerous and may not work. Some substances used at home for mole removal contain acids or other harsh substances that may result in stinging, burning, or tingling. If the home mole removal treatment causes irritation or any other adverse effect, you should stop it immediately.

If possible, speak to your doctor before trying unproven methods to remove moles at home. Some of these methods include burning the mole with apple cider vinegar, taping with garlic, or applying iodine.

When to visit your Doctor

Individuals with numerous dysplastic nevi are at a higher risk of developing melanoma. Additionally, not all dysplastic nevi become melanoma. Importantly, if the size, color, height, or shape of a mole changes, then it’s vital to seek the opinion of your doctor. In addition, any itchy mole, infected, bleeding, or any new or rapidly growing mole deserves to be checked by a specialist. 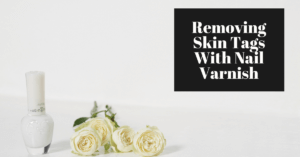 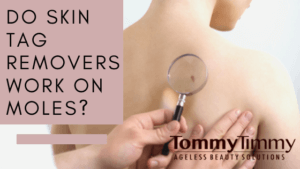 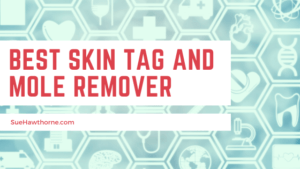 What Is The Best Skin Tag And Mole Remover Products? 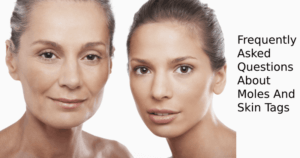