essential oils often used in aromatherapy, can be applied directly to the skin or sprayed in the air through a diffuser. Some oils are even safe to eat and as an additive to beverages or foods. These oils have become famous for their benefits. They are also studied for their effects on mood and mental performance.

One area where essential oils have proven as very useful is relieving anxiety and stress. Research has supported their use for these purposes.

Here are 13 essential oils that can fight against anxiety and stress and leave you feeling calm and refreshed:

Research using animals has successfully proven that coriander oil helps stress and creates a calmness.  In a 2005 study in the Journal of Ethnopharmacology, scientists analyzed the effects of coriander on mice. They found that the coriander reduced anxiety and also seemed to relax the muscles. Coriander oil can be useful for treating symptoms of anxiety.

Rosemary oil has been shown to energize the body when you are feeling stressed.  A 2009 study in the journal Scientia Pharmaceutica found that people massaged with rosemary oil reported feeling more alert, energetic, and cheerful.

Based on this research, rosemary oil could help relieve tiredness that has been caused by stress.

Chamomile oil is thought to be able to treatclinical anxiety. A 2009 study in the Journal of Clinical Psychopharmacology compared the effect of chamomile on a group of patients with generalized anxiety disorder. After eight weeks of treatment, the improvement in anxiety was greater among individuals taking the chamomile compared to those receiving a placebo.

Clary sage oil can be very effective for stress. A 2014 study in Phytotherapy Research found that when people inhaled clary sage oil, their levels of cortisol, a stress hormone, dropped significantly. Clary sage oil seems to be great for your body when it is dealing with stress.

Researchers have studied eucalyptus oil to determine its effects on anxiety.  A 2014 study in Evidence-Based Complementary and Alternative Medicine looked at the impact of eucalyptus oil on patients undergoing a medical procedure. Study results showed that cineole, which is a chemical that is found in eucalyptus oil, lowered pre-treatment anxiety levels. This suggests that eucalyptus oil is useful in stressful situations.

Results indicated that stress levels were lower among the nurses who had the lavender oil.

Research with animals has shown that bergamot oil can relieve anxiety. A 2017 study in the journal Molecules looked at the effect of bergamot oil on rats completing tasks. Results found that the bergamot oil relaxed and reduced anxiety in the rats in the study.

Research with geranium oil has shown promising results. A 1995 study in the International Journal of Aromatherapy found that when people inhaled steam containing geranium oil, they experienced a decrease in anxiety. Geranium appears to be useful for providing fast relief from stress during tense situations.

Research has indicated that lemon oil can reduce stress. A 2006 study in Behavioural Brain Research studied the effects of lemon oil on mice completing stressful tasks, and results found that it was useful for lowering stress. The lemon oil was also shown to serve as an anti-depressant.

Neroli oil appears to be useful for reducing stress. A study in a 2014 publication of Evidence-Based Complementary and Alternative Medicine compared the impact of neroli oil to that of a control oil on women experiencing menopause symptoms.

Neroli oil is just one of many essential oils that have been found to have a beneficial impact.

Researchers have studied the effects of numerous essential oils and discovered that they are helpful for reducing stress and anxiety levels. Many of the essential oils discussed in this post have been found to have a calming effect and can serve as a natural treatment for symptoms of anxiety and stress.

Sue Hawthorne
Sue Hawthorne is the CEO & Founder of Tommy Timmy. "My driving passion is to help as many people as possible to feel confident about themselves, without having to spend a fortune, at dermatologist's offices, laser centers or purchasing over-priced skin care products and devices at retail stores." 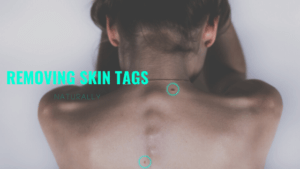 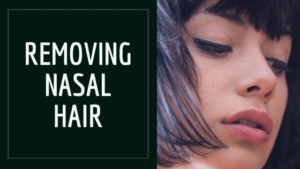 How to Remove Nasal Hair 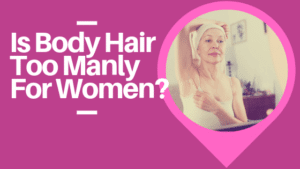 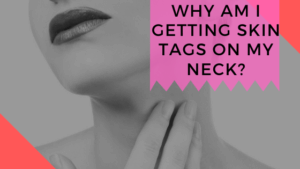